Searching Album of The Year using Python, PySelenium, and Docker

In this tutorial you will learn how to find out which albums were released on a specific day. But you'll learn so much more along the way...

"Can I find out which albums were released on my birthday?"

You sure can, just read on to find out how.

Also, if you can relate to any of these then this guide is definitely for you.

"Containers are a standardized unit of software that allows developers to isolate their app from its environment, solving the “it works on my machine” headache. For millions of developers today, Docker is the de facto standard to build and share containerized apps - from desktop, to the cloud."

"Selenium automates browsers. That's it! What you do with that power is entirely up to you. Primarily it is for automating web applications for testing purposes, but is certainly not limited to just that. Boring web-based administration tasks can (and should) also be automated as well."

Looking for source code?
Jump to the Github Repo **

Searching Album of The Year using Python, PySelenium, and Docker

Firstly we'll set up our remote Selenium WebDriver with Docker run. This will save us from downloading the driver ourselves and dealing with executable path configurations, or running our own Selenium server locally.

Next we'll tell our Python code how to access our driver.

Then we'll use the Python Selenium package to interact with the Album of the Year website.

We'll wrap up with a discussion of our results and how we could take this further with a frontend interface. 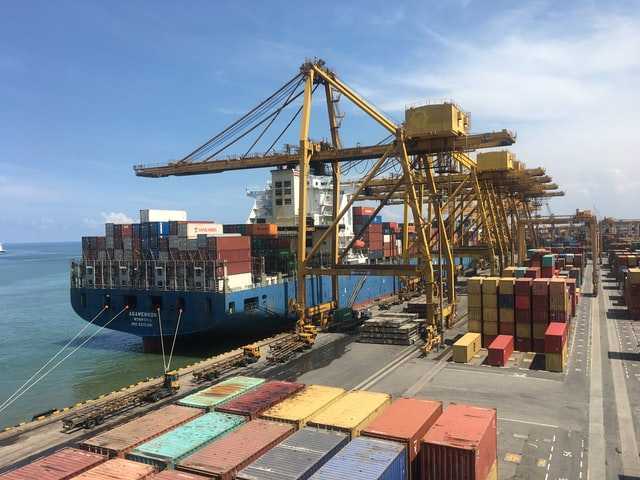 Photo by Nilantha Ilangamuwa on Unsplash

We know we can download the driver binaries and add executables to our PATH to access our webdriver via local host.
The question then becomes

Is there an easier way?

Of course, we could run a remote WebDriver server from the command line with a jar file , but we can also use Docker Selenium.

Either will help you set up the required software for this tutorial.

Let's review our directory structure before we go any further. You can always refer to the source code too.

Now let's look at the project:

As we can see, we're not dealing with anything too complicated here, so it should be a nice project to get up and running with if you're new to PySelenium (or just really want to know what albums were released on your birthday).

Let's get to work.

We can now move on to programming our PySelenium bot to interact with the Album of The Year site via a Dockerized Selenium WebDriver.

I like to start by creating a new Python project with a Virtual Environment in PyCharm, but you can use any IDE or text editor you prefer. You can set up your own environment if your editor doesn't automatically configure it for you by executing the command venv:

Note that you may need to change python3 to python depending on which version you have installed.

Note that you may need to change pip3 to pip depending on which version you have installed.

Now we can import our required packages.

Let's move on to starting our Selenium webdriver container

This command starts a standalone Firefox container. For other browsers and a description of why -v /dev/shm:/dev/shm is necessary you can visit the Docker Selenium Page.

Excuse the following wall of code, but it's actually very important. When we start our container we need to wait for it to be in a state where it's ready to provide the services we need to use it as our remote webdriver.

Essentially, we keep hitting the status endpoint until it says it's ready, and then we can move on with the rest of our Python script.

We can connect to our remote webdriver on localhost since due to the docker run command -p 4444:4444 which maps port 4444 of the container to port 4444 of our local machine.

Next we'll hard code some searching and filtering parameters, we'll see alternatives to this approach in our concluding discussion.

We can tell our driver to head over to Album of The Year and to the release page for all the albums released in the month we hardcoded.

Next we'll code our PySelenium bot to keep clicking the button to load more albums.

Note we're using the execute_script method as opposed to the click() method of the WebElement object returned by find_element_by_id
We do this because another element is covering the show more button. You can see this StackOverflow answer by user RemcoW for more details and an explanation of arguments[0]

We're not quite finished with this while loop just yet, we need to do two things:

For completeness, this is our complete while loop

We can store all albums being displayed in a variable now, so we can easily iterate through them.

Let's do just that

This is really our main block of code. We iterate through each album and print out it's title and artist if it was released on the day we have specified to search for.

Congrats! Now let's see the results of our hard work in the next section.

If you've followed along and used sudo in the docker run command you'll be prompted for your password and then the results will begin to pour in...

Remember you can grab the source code so you can take this and run with it adapting it however you like, read on to find out what my plans are for this project and ideas about where this could go next.

I was motivated to create this project because I couldn't find a site that could be used to search for albums by a specific release date. I'll be designing the frontend for this program in an upcoming post and mention how you can deploy it, so you can use and share it with others.

Stay tuned to my blog, you don't want to miss out!

Here are some resources for resolving common errors you might run into along the way in this guide or in your own explorations.